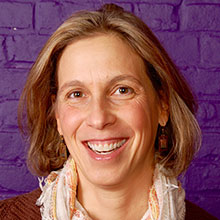 Notes from the Executive Director

Letter to the New Yorker

Montessori was recently in the public eye with Ms. Winter’s  book review in the New Yorker of Cristina Stefano’s new publication, “The Child is the Teacher”. Is all publicity good publicity? In this most recent case in the New Yorker, I would have to say ‘no’.

In addition to a review of the book, the piece takes Montessori to task with the familiar claim of elitism and exclusivity. Every time such an assertion is made, an assertion that belies the existence and work of over 550 public Montessori schools, my stomach turns a bit and my heart sinks.

Ten years after the National Center for Montessori in the Public Sector (NCMPS) launched, our inaugural project, the Montessori Census, provides the data to help people understand and communicate the reach of Montessori education in the public sector:

This is powerful data, data that attests to the fact that there is nothing inherent in a Montessori classroom or school that makes it the unique domain of the wealthy. Each time this false stereotype is repeated, our work to bring this transformative and humanizing model to more children, families, and communities gets a little harder. If Ms. Winter wants a Montessori school she can afford, she’d do better to recognize and tout its viability as a public option.

National Center for Montessori in the Public Sector

Whether or not you have this day off, we encourage you to celebrate the life, sacrifice, and legacy of Dr. Martin Luther King, Jr. Our lives are different because of his service. He challenged us to check our motives and open our hearts in the quest for a united country, a United States of America

We can do better. This fight for equity that should lead to equality is hard, messy, and long, but it’s worth it so that we progress and rise together rather than at the expense of others.

We aren’t there yet. Whiteness is seen as the norm. People of color, and the very idea of a multi-racial, multi-ethnic society of equals, are brutally targeted because they challenge that norm. Fear creates hate, hate creates fear, and both are silencing and crippling reconciliation, wholeness, and abundance.

As educators, we can’t grow weary of fighting this fight. If you are a white or white-presenting educator, step up, even when you are tired, even when doing so comes at a cost, and fight for children, families, and colleagues of color.

We offer the two songs below, tributes to Dr. King, as inspiration and resources.

Three days after the Rev. Martin Luther King, Jr. was assassinated, Nina Simone and her band performed “Why? (The King of Love is Dead),” written by their bass player Gene Taylor. Written in 1968, the lyrics ring true today.

Nina Simone—Why? (The King of Love is Dead)

Stevie Wonder wrote “Happy Birthday” in 1981 as part of the campaign to make Martin Luther King Jr.’s birthday a national holiday in the U.S., which was approved by President Ronald Reagan in 1983.

A New Year’s Wish of Love

When we work with love we renew the spirit;

that renewal is an act of self-love, it nurtures our growth.

It’s not what you do but how you do it.

Here at NCMPS, we are ringing in the New Year to each of you who feels the stress, sees the flaws, and yet turns to the child in front of you with care and love. The new year has rolled in with a roar and through it all, because of it all, the children depend on you, and you rise to the occasion. Your lunch count may be off and your mats askew, but you care and they know it.

In 2022 and beyond, we wish for you a deep connection to the love that feeds your spirit and your students’ souls. It’s not what you do, but how you do it.

How often do we unwittingly or unknowingly cause harm to the students and families in our communities, and how can we do better? This post is by no means an answer to the problem and, at the same time, it is a call to do better.

In this season of Halloween, on the eve of Native American Heritage Month, with Thanksgiving and its associated stereotypes, mistruths, and half-truths right around the corner, let’s make a commitment as a community to keep learning and stop harming.

Halloween is an opportunity to introduce even the youngest children to the awareness that it is hurtful to use another person’s culture as a costume. There are many helpful resources on this available with an internet search for “I am not a Costume” or “My Culture is not a Costume.”

Native American Heritage Month (and every month) is an opportunity to celebrate the rich culture, recognize the injustices endured, and honor the resilience and vitality of Indigenous peoples. Those who are not Indigenous can stop the harm that is so often done by either trying to tell someone else’s story or assuming an Indigenous community member will take on this role and, rather, looking to educational materials created by Indigenous organizations and individuals.

Here is a story (from a different season) by Paul Gorski of the Equity Literacy Institute. Taco Night is one boy’s remembrance of lessons learned, and not learned, through an apparently “harmless” and well-intended school event.

A Montessori school can be a rich celebration of cultures and a Montessori classroom is rich with stories and storytelling. This season, and always, as we embark on a celebration or story, let’s remember to ask ourselves, and teach our students to ask themselves: Whose voices are not heard? Whose stories are silenced? Who benefits? Who is marginalized? How is this happening? Why is this happening?*

While we were still processing the myriad emotions we experienced following last Tuesday’s conviction of Derek Chauvin, the news covered stories of two more Black men shot by police, Andrew Brown and Isaiah Brown. In all, police officers killed over 64 people during the 3 weeks of the trial  (NYT) and another 6 in the 24 hours following the verdict. Although the US population is approximately 1/3 Black and Latine, Black and Latine deaths account for over half of the shootings. We mourn the loss of life and the grief and trauma experienced by those closest to these incidents.

Most of the recipients of this email have dedicated their lives to education in their hope for human flourishing and a peaceful future. What more might we be doing in our classrooms today to move our hopes toward reality? What conversations do we need to be having?

Reflections on a Verdict of Guilty

The guilty verdict rendered for Derek Chauvin was a step forward in accountability. This step forward adds hope to the continuous work necessary to dismantle the systems that perpetuate racism, erasure, and inequity for People of the Global Majority—in this case, anti-Blackness.

We offer these examples of justice to help us and, in turn, our students, who represent all races, ethnicities, and classes, reflect on what justice would look like and recognize the difference between justice and accountability. Accountability happens after the fact and may help us get to justice. But, justice means stopping harm before it happens. Justice means seeing and honoring humanity.

George Floyd cried out for his mother, Larcenia (Ms. Sissy), who passed in 2018. Adam Toledo’s mother, Elizabeth Toledo, saw video of her son dying. Ma’Khia Bryant’s mother mourns the loss of her “beautiful baby.” Isaiah Brown, Andrew Brown Jr, and others were children, parents, siblings and cousins. For all the families who have lost children and children who have lost family, we stand with you and beside you. In this work for justice we reflect on Maya Angelou’s Our Grandmothers:

“I go forth along, and stand as ten thousand.”

Statement on the shootings in Atlanta

We at the National Center for Montessori in the Public Sector, like much of our nation, feel a deep sense of sadness and revulsion at the recent killings in and near Atlanta—killings that highlight racism, misogyny, and toxic masculinity in American culture.

These acts of violence and aggression are always shocking, no matter how often they take place. The targets were members of marginalized and oppressed groups, as is sadly typical. This time, the victims were mostly women from the Asian-American and Pacific Islander communities who were assumed to be sex workers. We cannot and need not tease apart the intersectionality here nor the related stereotypes, histories of subjugation, and threats of violence in this country. Over the course of this pandemic year, AAPI in particular have been the subject of increased fear-mongering, hatred, and violence promulgated by official and unofficial sources.

We stand in solidarity with these groups today and every day and hold ourselves accountable through our words and actions.

We also remember that there are women, girls, and people of Asian and Pacific Islander descent in schools across the country, facing these challenges, prejudices, and threats daily.

We mourn the loss of lives and continue to stand together, speak up, and bear witness to the oppression we see, and renew our commitment to educating children with anti-bias, anti-racist practices that honor humanity, dismantle white supremacy culture, and liberate the human spirit.

Letter to the New Yorker

A New Year’s Wish of Love

Statement on the shootings in Atlanta

No Matter the Outcome

Of all things, love is the most potent