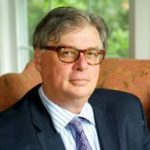 Previously, Keith served on the faculties of the College of William and Mary, Ohio University, Wellesley College, and Lesley University, and he worked ten years as a high school history teacher in Atlanta. He received a B.A. in History from the University of Florida and an Ed.D. in History of Education from the Harvard Graduate School of Education.