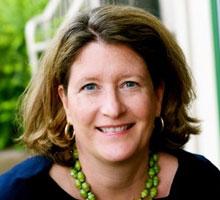 Jackie’s Montessori career began as a parent, and quickly extended to researcher and administrator, as well as university professor.

An ethnographer by training, since 2001 Jackie has drawn from her direct experience as head of an independent Montessori school and principal of a large, urban public Montessori school to produce an internationally recognized body of scholarship on Montessori education.

Jackie’s 26 years in education have included roles as a middle and high school English teacher, an elementary school principal, a professional developer for schools, districts, and museums, and a professor of educational leadership at the University of Maryland. Currently Jackie is a Lecturer in Loyola Maryland’s Montessori Studies program.

She serves on the board of Montessori Northwest, an AMI teacher training center in Portland, Oregon. She received a B.A. in History from Smith College and an M.Ed. and Ed.D. from the Harvard Graduate School of Education.